It was fifty years ago today- November 20, 1968- another terrible  coal mining disaster in the state of West Virginia. Seventy- eight coal miners were killed in an explosion and then from carbon monoxide poisoning in Mannington, West Virginia at the Consolidation Coal Company Number 9 mine.  The blast happened early in the morning at 5:40am with 99 men inside- 21 were able to get to safety. There were attempts to rescue the 78 trapped miners who were still inside but the efforts were hindered by explosions and fires. Ten days later on November 30th all efforts were stopped and the Number 9 mine was sealed- entombing the bodies of the miners inside.

The disaster did have positive results later- it inspired the Federal Coal Mine Health and Safety Act of 1969 which included federal legislation to compensate coal miners for ‘black lung’ disease.

I grew up in West Virginia and lived a couple hours from Mannington. I remember this tragic event well- there was a member of the church who had a son who worked at the mine in Mannington, luckily he wasn’t working at the time.

Mannington, West Virginia is located in Marion County, West Virginia- the county which saw the worst coal mining in United States history- in 1907 at the Monongah mine [ the great Alabama football coach Nick Saban is from the small town of Monongah } where the total of 362 is given as the number who died- but it is believed there could have been 500- 600 in the mine who were killed. They really don’t know for sure how many died in Monongah- due to many of the miners were immigrants who didn’t speak English- and at the time it wasn’t unusual for young boys to go into the mines with their fathers to help them- and they weren’t officially counted as workers. 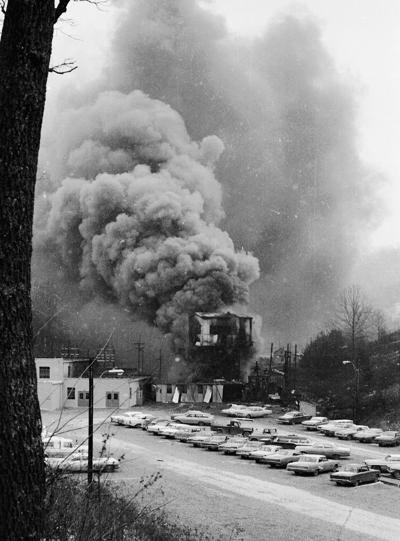 10 responses to “IT WAS FIFTY YEARS AGO TODAY- NOVEMBER 20, 1968- 78 COAL MINERS KILLED IN EXPLOSION IN MANNINGTON, WEST VIRGINIA”