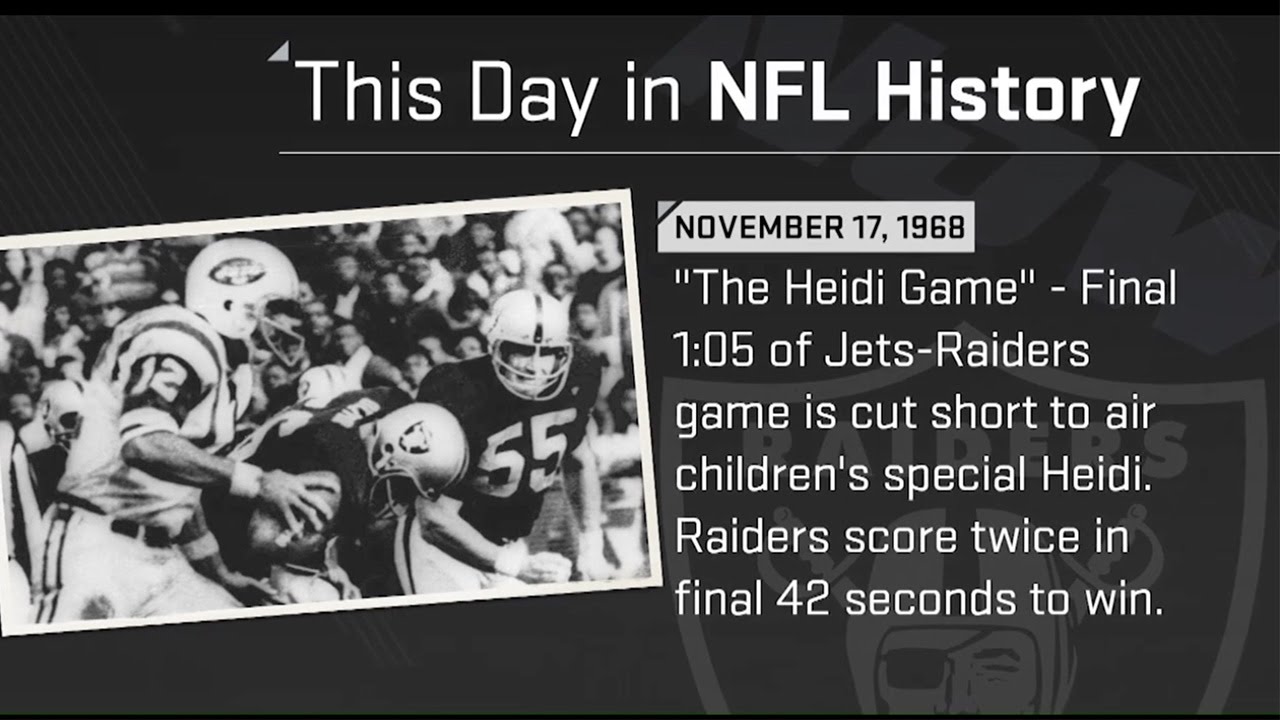 It was fifty years ago today- November 17, 1968- It became known as The Heidi Game in AFL history. The game was between two AFL heavyweights the Oakland Raiders and the New York Jets. With 65 seconds to go the score was NY Jets 32 Oakland 29. NBC which was carrying the game at this point halted the broadcast of the football game to go to the regularly scheduled Sunday Night Movie “Heidi.” The Raiders -as the NBC telephone switchboards were tied up with angry football fans- scored two touchdowns in those remaining 42 seconds to win the game 43-32. There was heavy criticism of NBC for this decision to cut from the game. After that the television networks learned their lesson- they delay the scheduled programming now to show the sporting events in their entirety. What happened with Heidi? Heidi that week was the highest rated television program in the Nielsen ratings.