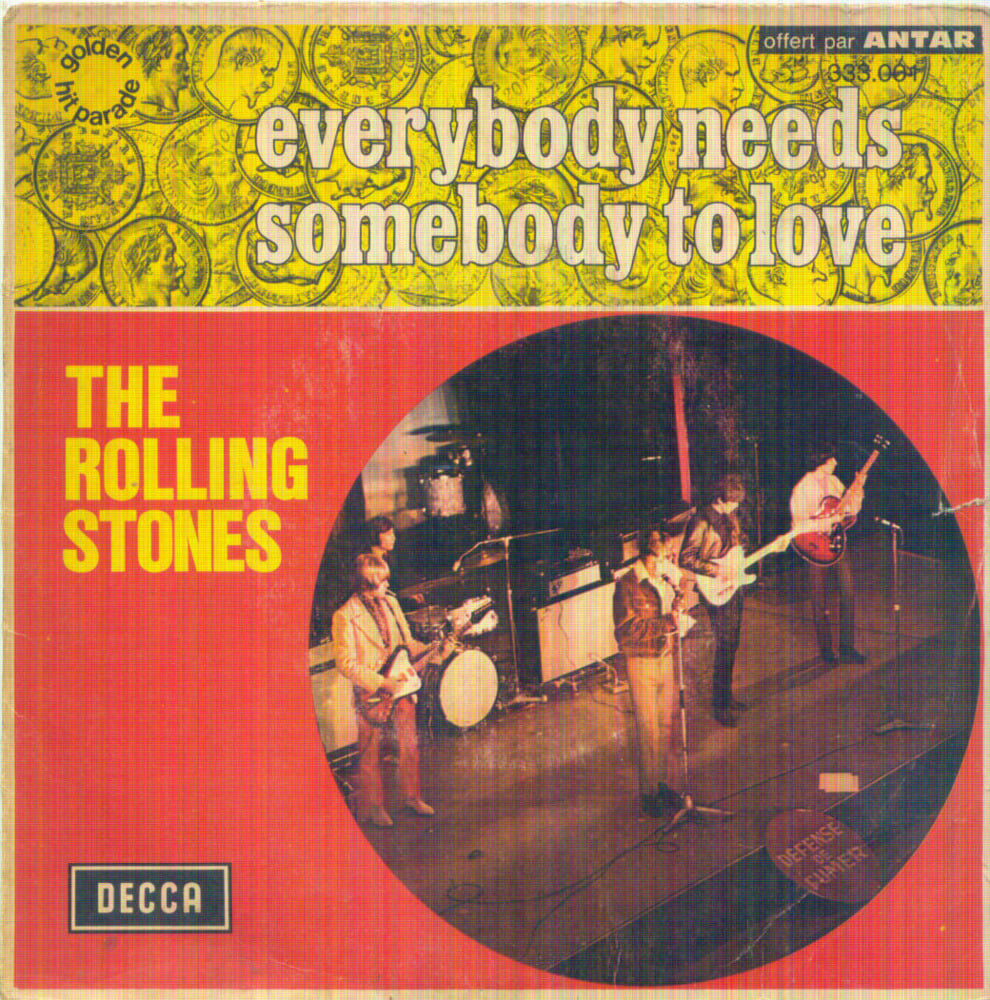 The Rolling Stones Song of the Day is Everybody Needs Somebody To Love. The song is the lead off track on The Rolling Stones second album- creatively titled- The Rolling Stones No. 2. Everybody Needs Somebody To Love was written by Solomon Burke- Bert Berns and Jerry Wexler. In reality Burke was most likely the sole author of the song but back then everyone wanted their hands in the pie. As a Solomon Burke single in 1964 it only did modestly on the charts a case of a great song that for whatever reason wasn’t much of a hit. The song has become more famous as time has went on- Rolling Stone Magazine ranked Burke’s original as their #429th greatest song of all time and has been a much covered song over the years. The Rolling Stones recorded it on November 2, 1964- and their version was a long one- 5:05 long. John Lennon would say that he really liked the album- but didn’t care for 5 minute numbers. There was a second version of the song recorded a short version which would appear on the American version of the album- The Rolling Stones Now! which is a more soulful version. The Stones recorded the song at RCA Studios in Hollywood. At the 2011 Grammy Awards Mick Jagger would perform the song in tribute to Solomon Burke who had died in October 2010.

Everybody Needs Somebody To Love has been much covered by other artists- The Blues Brothers in their movie, Wilson Pickett, Dusty Springfield, Jerry Garcia and even the 13th Floor Elevators have done their versions.