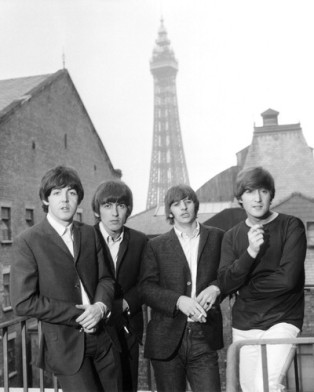 The Beatles Song Of The Day is “You Can’t Do That.” “You Can’t Do That” is another John Lennon song written for “A Hard Day’s Night.” John was really reasserting himself  during this period. The Lennon-McCartney rivalry in songwriting would be a great thing for the group. John Lennon: vocal, rhythm and lead guitar/Paul McCartney: backing vocal, bass guitar and cowbell/ George Harrison: backing vocal, lead and rhythm guitar/ Ringo Starr: drums and conga. The song was recorded on February 25th and May 22nd, 1964 at Abbey Road. Producer: George Martin