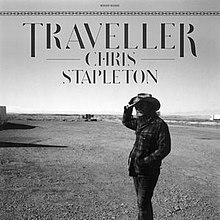 Listened to hours 2 and 3 of the NEON BEAT from Radio George.

The replay of American Top 40 from April 21st, 1979. A lot of bad stuff on the top 40 that week- 16 of the Top 40 were disco songs- and a mixed bag. There were some good songs in the Top 40 that week- the ones that stand out to me- Roxanne- The Police, Rock and Roll Fantasy- Bad Company, Heaven Knows- Donna Summer, Blow Away- George Harrison, Sultans of Swing-Dire Straits, Heart of Glass-Blondie, Tragedy- Bee Gees, What A Fool Believes- Doobie Brothers. Some of the garbage- Rod Stewart’s worst song ever- Do Ya Think I’m Sexy, Music Box Dancer- Frank Mills, Love Is The Answer- England Dan and John Ford Coley, Superman- Herbie Mann, Just When I Needed You Most- Randy the Vanwarmer. A lot of the songs were just bland and not a bit memorable. I was a dedicated listener every week to AT40 back in those day {I was a senior in high school} and there were a handful of these songs that I have no memory of–Sweet Louis Louise- Ironhorse, Roller- April Wine, Disco Nights- GQ, I Got My Mind Made Up- Instant Funk. When In The Navy by The Village People outshines half the songs in the Top 40…. The number 1 song this week was Amii Stewart “Knock On Wood” a remake of an Eddie Floyd and Steve Cropper song from 1966- disco’ed up. At least Floyd and Cropper got some royalties $$$$$$. Not a bad disco song actually.