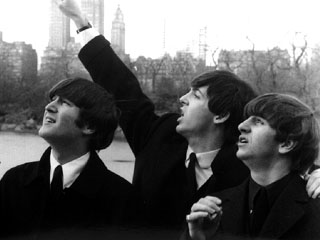 The Beatles Song of the Day is “Boys”” Boys “was the fifth song on their debut album “Please Please Me” and the third song in a row that was a cover version. It is also the first song sung by The Beatles drummer Ringo Starr. “Boys” was written by Luthur Dixon and Wes Farrell. The song was recorded at Abbey Road Studios on February 11th, 1963 on a single take. Ringo Starr: lead vocals, drums/ John Lennon: Rhythm guitar and backing vocals/Paul McCartney: bass guitar and backing vocals/George Harrison: Lead guitar and backing vocals. Producer: George Martin. What saves this song and makes it so much better than the previous two covers is Ringo’s enthusiasm plus it rocks.