We have Sirius/ XM Radio- and If I am around the house and remember -at noon on Saturday’s- on the 70’s on 7 channel they will replay an old American Top 40 with Kasey Kasem. Today it was a repeat from AT40 on February 27, 1971. My wife and I both agreed, a lot of bad music was popular on this week. There were some songs that are considered iconic today that was in the Top 40 that week- ‘My  Sweet Lord”- George Harrison, “Me and Bobby McGee”- Janis Joplin, “Help Me Make It Through The Night” -Sammi Smith. There were other good songs but so much garbage- for example what was #1 that week? “One Bad Apple” by The Osmonds was in the middle of what would become 5 consecutive weeks at #1.

After AT40 I listened to the 70’s on 7 station for a couple more hours. 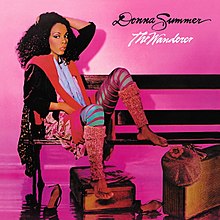