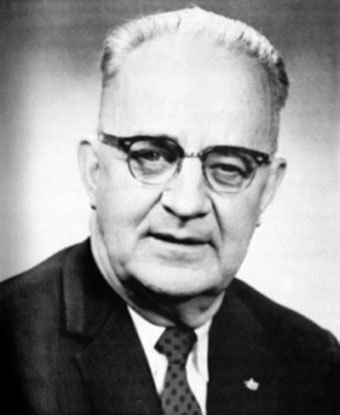 Theophilus Eugene Connor aka “Bull Connor” died this day in 1973 at the age of 75. Bull Connor was the Commissioner of Public Safety for the city of Birmingham, Alabama from 1937-1952 and from 1957-1963. The name Bull Connor only brings about one image- he was in the 1960’s one of the main symbols in the United States of racism. Connor was in charge of administrative oversight of the Birmingham Police. Bull’s main reason for breathing was to enforce racial segregation and deny blacks citizens their civil rights. When people think of Bull Connor they think of attack dogs and water hoses turned on civil rights activists. It didn’t matter to Bull what your age was he even directed his dogs and hoses at children too. Bull’s actions horrified most of the nation. In a way his stupidity helped bring change. Not the kind of change a man like Bull Connor wanted, the opposite change.  Bull Connor a great example of a man who was on the wrong side of history. Don’t be like Bull.