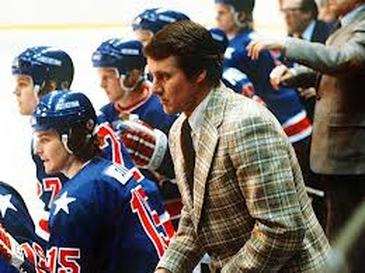 Before the game that is now known as “The Miracle On Ice’ the following is the speech Herb Brooks the great American coach gave to his players. Sadly, Brooks was killed in a car accident in August 2003. One of the players, defenseman Bob Suter died in 2015 of a heart attack…. suggested viewing the movie “Miracle” with Kurt Russell as Herb Brooks. Great movie.

The following is Herb Brooks words to his team before the USSR game.

“Great moments are born from great opportunity, and that’s what you have here tonight, boys. That’s what you’ve earned here tonight. One game; if we played them ten times, they might win nine. But not this game, not tonight. Tonight, we skate with them. Tonight we stay with them, and we shut them down because we can. Tonight, we are the greatest hockey team in the world.
You were born to be hockey players—every one of you, and you were meant to be here tonight. This is your time. Their time is done. It’s over. I’m sick and tired of hearing about what a great hockey team the Soviets have. Screw ’em. This is your time. Now go out there and take it!