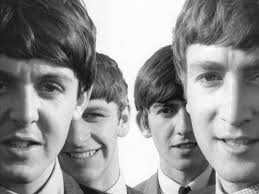 The Beatles Song Of The Day is “Wait.” “Wait” is on The Beatles “Rubber Soul” album. It was written by both John Lennon and Paul McCartney. The song was written mostly by Paul. The Beatles didn’t seem to care much for this song. It had been first recorded for “Help!” but not used until later when they needed some songs to fill out “Rubber Soul.” Paul remembers the song being written in the Bahamas during the filming of Help! and that Brandon de Wilde, the child star of Shane, had watched as he wrote it. John Lennon: double-tracked vocal and rhythm guitar/ Paul McCartney: double-tracked vocal and bass guitar/ George Harrison: guitars/ Ringo Starr: drums, maracas and tambourine. The song was recorded on June 17th and November 11th, 1965. Producer: George Martin.