On this day in 1973 the great Roberto Clemente was inducted into the Baseball Hall of Fame in Cooperstown, New York. He had been tragically killed in a plane crash while attempting to deliver relief supplied to earthquake torn Nicaragua on New Year’s Eve 1972. Roberto Clemente was only 38 years old. For only the second time the Hall of Fame waived their 5 years after retirement requirement [the other time was for Lou Gehrig} and Clemente was overwhelmingly voted in.

I remember they televised the ceremony back in Pittsburgh. This was before there was an ESPN. They didn’t televise the induction ceremony but they did that day in Pittsburgh. It was a sad day. The Pirates and the city of Pittsburgh were still mourning Clemente’s tragic passing.

I was lucky enough as a boy to see Clemente play on dozens of occasions at Forbes Field and then at Three River Stadium.  I always put it this way. If someone had gone to a Pirate game and had never seen baseball, knew nothing about the game, all they had to do is look at Roberto Clemente and know just the way he moved that he was someone special to the game.  Clemente just warming up on the sidelines before a game was exciting. There were times that I would just watch him. Every move seemed magical. As the Commissioner of Baseball at the time Bowie Kuhn said, Roberto had “A touch of royalty about him”

Roberto Clemente was one of those players who didn’t get his due in the national press until late in his career. He carried the Pirates in the 1971 World Series on his back to a World Championship. The was when the world kind of took notice that this ballplayer in Pittsburgh was something special.

Roberto finished his career with the magical 3000 hits. His career average was .317. He won the National League batting title 4 times, he won the Gold Glove Award 12 times, he made the All-Star team 15 times. He played in 14 World Series games and had at least one hit in each of those games.  He had the greatest throwing arm of any outfielder I’ve ever seen.

Roberto is the most exciting baseball player I’ve ever seen. I can’t say he was the greatest player ever or of his era. Certainly Henry Aaron and Willie Mays were better but Clemente wasn’t far behind them.

I remember finding out about his death like it was yesterday. I was twelve years old. A friend of mine called, it was New Year’s Day. My mother woke me up and said my friend Michael was on the phone. His first words were “Roberto Clemente was killed in a plane crash” I thought he was joking. Then I turned the television on.

The Pirates were not the same that year. They had went from what I have always thought was their best team in 1972 [even though the Pirates won the World Series in 1971 and 1979 I think the Pirates best team was the 1972 team but sometimes the best team doesn’t always win} they just never got going in 1973 falling to third place with an 80-82 record after being 96-59 the year before.

It will be forty years ago since Roberto Clemente died this year. He is still a big hero in Pittsburgh and in Latin America.  There has been talk of retiring his #21 throughout baseball like they did with Jackie Robinson’s #42. I think it is better to keep the number active. There are still latin players who wear his number as a tribute. 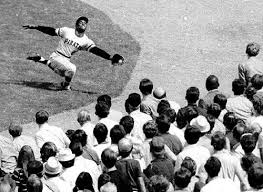