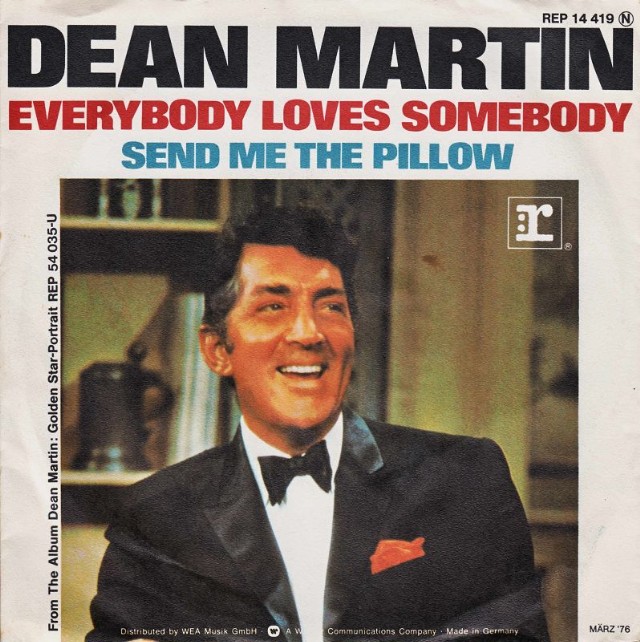 “Everybody Loves Somebody” was written in 1947 and had been recorded by a number of artists including Frank Sinatra without much success- then late in a recording session one of the songwriters who was playing piano at the session suggested that Dean take a run at it.  This became a very unlikely hit for a couple reasons- Dean Martin while still popular hadn’t had a Top 40 hit since 1958- and 1964 was the year of The Beatles and the British Invasion. I don’t know how many times I’ve read the comment over the years that it was Dean who ran The Beatles out of the #1 slot. The song became Dean’s signature tune and the words appear on his grave marker in Los Angeles. It still kind of a mystery to me how or why this became a #1 hit. It’s not that great of a song- but it was something different and Dean was well liked and familiar.