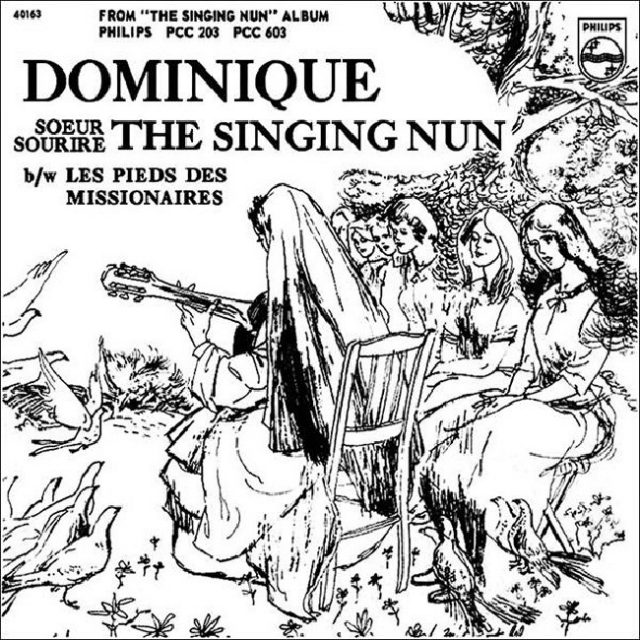 This French language song sung by a Belgian singing nun Jeanine Deckers- best known as The Singing Nun- won the Grammy for Best Gospel or Other Religious Recording in 1964- and was nominated for Record of the Year and Best Female Vocal Performance.

This was the final #1 hit on the US Billboard Hot 100 for 1963- which was a pretty dreadful year musically and in other ways. I can’t help but think that in 1963 America was still stuck musically in the 50’s. I forget who said it but years ago I heard it said that the 1960’s began in America with the JFK assassination and ended with Milhous Nixon’s resignation. I think the 60’s began with two events- the JFK assassination and then the arrival of The Beatles in the winter of 1964. Musically America surely did need an infusion.  Thankfully there was no Singing Nun Mania. Sister Luc-Gabrielle was an actual nun and a one -hit wonder. She died in 1985 at the age of 51- suicide. She had quit the order but remained a Catholic. She and her friend Annie Pecher committed suicide together by taking barbiturates and alcohol. She cited financial difficulties in a note she left. She owed $63,000 in taxes from “Dominique” royalties.