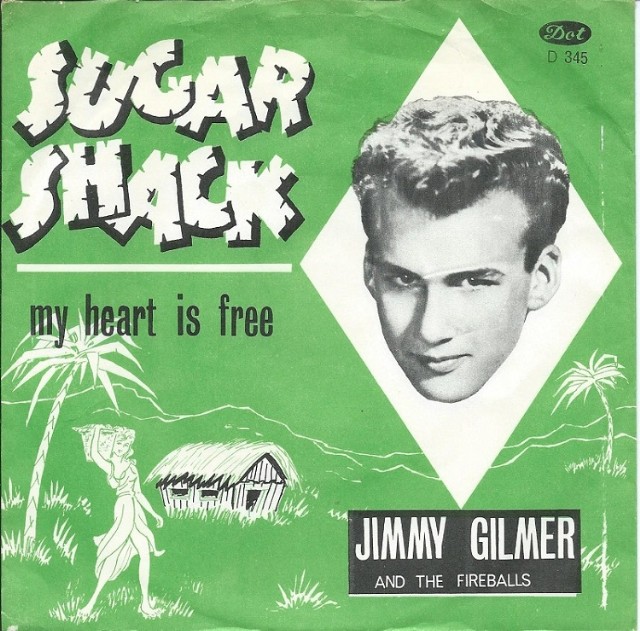 “Sugar Shack” by Jimmy Gilmer and The Fireballs was recorded at Norman Petty’s Studio in Clovis, New Mexico and produced by Norman Petty. Petty and his studio- are remembered in rock and roll history for the recordings made their by the great Buddy Holly. Petty was Holly’s producer and first manager until late 1958. In “Sugar Shack” the organ that stands out- was played by Petty. Jimmy Gilmer and The Fireball’s formed in Raton, New Mexico and started out as an instrumental band. The band took their name from Jerry Lee Lewis’s ‘Great Balls Of Fire.” From 1962-68 Petty who had obtained the rights to Buddy Holly’s early rehearsal and home demo recordings had The Fireball’s overdub them.  The Fireball’s had 11 Hot 100 singles from 1959-69 with 6 of them making the Top 40.