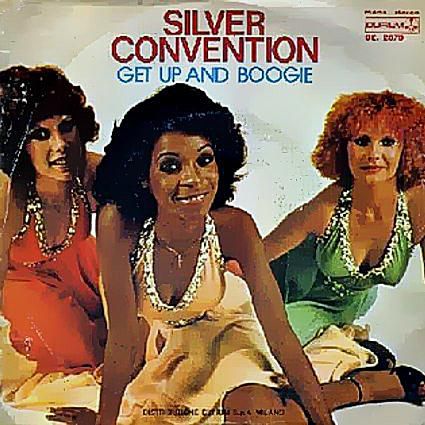 Han’s Worst Hits of the 70’s- in 1975 Silver Convention a West German disco act had a hit with “Fly Robin Fly”-#1. Silver Convention made history- the first German act to hit #1 in the United States. In the same session they had recorded the follow up- and they used nearly the identical beat- with “Get Up And Boogie.” Laziness by the group- but stupidity on the record buyers who sent “Get Up And Boogie” to #2. They were fooled by two rotten eggs- Fly, Robin, Fly was bad enough but to buy into their already tired act again? That was it for Silver Convention no more hits. By the time they came to American to tour- Silver Convention Mania was dead. A four year old could have written both songs- Fly,Robin, Fly has only six words- “Fly, Robin, Fly” and “Up up to the Sky” repeated it seems endlessly for 5:35. Get Up And Boogie- surely wasn’t a Dylan composition- not to tax themselves they limited it to six words again “Get Up And Boogie” and “That’s Right.” They had nothing to say and they were saying it.