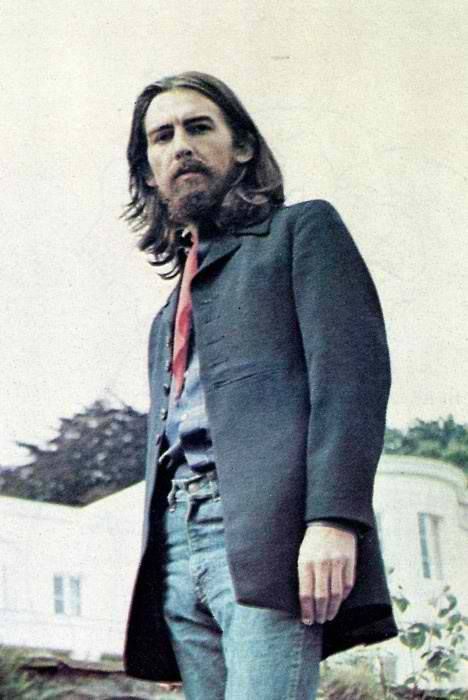 January 10, 1969- First Ringo Starr quit The Beatles in the summer of 1968- before returning to the fold days later now George Harrison was quitting the group. The Beatles had been rehearsing and filming at Twickenham Film Studios and at lunch George announced to the others his intentions to quit. George had been quiet all morning and was late joining the others at lunch- he arrived and said ” See you ’round the clubs” and left. John’s reaction was “Let’s get in Eric, he’s just as good and not such a headache.” Paul and Ringo weren’t so eager to see George go and have him replaced.  One reason was George and Paul had some issues that morning in the studio and George felt he’d had enough, George also was upset with John over his putting down the songs George was coming up with at this point- out of jealousy- George at this point was blooming as a songwriter. Another issue was Paul’s plans on The Beatles becoming a live band again- George was against that idea the last Beatles tour had left him scared.  By the end of the week George was back in the group but at this point it was clear to everyone that the end of The Beatles was nearing. Ringo had briefly quit, John wanted out and now George.

3 responses to “I READ THE NEWS TODAY OH BOY–JANUARY 10, 1969- GEORGE HARRISON QUITS THE BEATLES -FOR THE DAY”