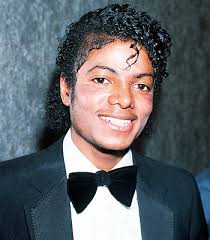 Michael Jackson was born on this day in 1958. He died three years ago at the age of 50. Michael Jackson’s 1982 album “Thriller” is the best selling album of all times. He won 13 Grammy Awards and had 13 #1 hits in his solo career. I don’t know what to make of his life. I wasn’t shocked at all when he died at such a young age. Somewhere along the line something went terribly wrong with this man. It seems like he jumped the shark around the time of “Thriller” When he was trying to buy the Elephant’s Man’s bones, it was all but over. He had great success as an entertainer but what a sad life he had.

My favourite MJ song. “Billie Jean” which was one of the greatest songs of the 1980’s. After “Thriller” I didn’t care too much for his music.